Cancer will affect more and more people as life spans increase. Approximately one in three people is struck by neoplastic disease in his or her lifetime and at the same time, two out of three people remain unaffected. Even the majority of heavy 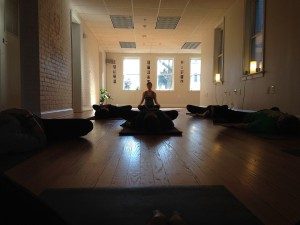 smokers, who bombard their lungs with carcinogens and tumour promoters over many years, are cancer free.

Pathologists have shown that virtually all men age 60 or older have microscopic prostate cancer when examined at autopsy. Most of these microtumors never develop into cancer, however. It is also known that disseminated cancer cells are present throughout the body in most cancer patients, but only a small minority of these cells develop into secondary tumours. The rest are kept under control by the body.

Several cancer-resistance mechanisms appear to have evolved to maintain cellular or genomic integrity. For example, normal stroma, the connective material that supports the cells of a tissue, appears to inhibit cancer growth. Other resistance mechanisms include DNA repair, suppression of oncogene activation, tumour-suppressor genes, epigenetic stabilization of chromatin structure, and apoptosis. These mechanisms are well-studied, and each provides a potential road map for prevention and treatment.

Tumour risk can also be influenced by mutations in genes that control the fidelity of DNA replication, the efficacy of DNA repair, and the checkpoint controls involved in DNA synthesis and chromosomal mechanics. The genes that contribute to cancer development by mutation, inactivation or loss are practically identical in all mammals. Therefore, it might have been expected that the blue whale, which has 1017 cells, would develop cancer more often than the mouse, with 109 cells, or humans, with 1013. This, however, is not so. In fact, blue whales rarely get cancer, and when they do, they seem able to live a full life span with it. The fact that the frequency of tumours does not increase with the total number of cells that make up an animal suggests that some sort of systemic control is preventing cancer development. Even typical laboratory animals vary in their cancer-proneness. Mice, rats, and hamsters are relatively cancer-prone, whereas rabbits and guinea pigs are relatively resistant. At the far end of the spectrum, two species of mole rat have been found to be completely cancer free, despite living relatively long lives.

Interestingly, the sharp increase in human tumour incidence with age is followed by a decrease around 80 to 85 years. Centenarians rarely develop new cancers. The most probable reason is that cancer-susceptible individuals in the population have already died off. Freedom from cancer may be a necessary, but in itself insufficient, precondition to reach very old age.

Evolution has provided us and other animals with multiple mechanisms that stop normal cells from escaping into uncontrolled division. If they nevertheless escape, the cell mobilizes multiple mechanisms to stop the outlaw cell and preserve the normal organization of tissues. These mechanisms can nip life-threatening malignant growths in the bud. Only after the normal tissue neighbourhood has been corrupted by the tumour cells so that it no longer inhibits, but rather stimulates, malignant growth can the cancer sail forth uninhibited.